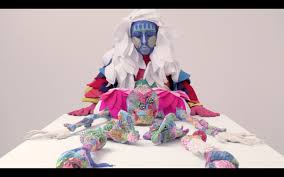 Saya Woolfalk (Japan, 1979) is a New York based artist who uses science fiction and fantasy to re-imagine the world in multiple dimensions. She has exhibited at PS1/MoMA; Deitch Projects; Contemporary Art Museum, Houston; Contemporary Arts Center, Cincinnati; the Brooklyn Museum; Asian Art Museum, CA; Museum of Contemporary Art, Chicago; the Studio Museum in Harlem; the Frist Center for the Visual Arts; The Yerba Buena Center; The Newark Museum; Third Streaming; MCA San Diego; MoCA Taipei; and Performa 09, and has been written about in the New Yorker, Sculpture Magazine, Artforum, Artforum.com, ARTNews, The New York Times, the Huffington Post and on Art21’s blog. Her first solo museum show, The Empathics, was on view at the Montclair Art Museum in the fall of 2012. Her second solo museum exhibition, ChimaTEK Life Products, was on view at the Chrysler Museum of Art in the fall of 2014. She recently completed a new video installation commission for the Seattle Art Museum, and is a 2014 recipient of a NYFA grant in Digital/Electronic Arts. She is represented by Leslie Tonkonow Artworks + Projects, NYC and teaches in the BFA and MFA programs at Parsons: The New School for Design. Visit http://www.sayawoolfalk.com/ for more information. 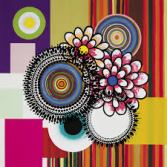 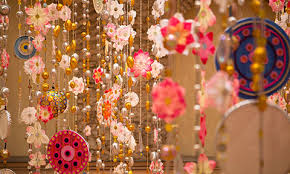 Beatriz Milhazes’ is well known for her vibrantly colorful, kaleidoscopic collages, prints, paintings and installations which draw on both Latin American and European traditions. Milhazes’ rigorously structured compositions are punctuated by a recurring set of arabesque motifs inspired by Brazilian culture, ceramics, lacework, carnival decoration, music, and Colonial baroque architecture. As Milhazes explains, “I am seeking geometrical structures, but with freedom of form and imagery taken from different worlds.” The artist has also cited opera, classical and Brazilian popular music as having informed the upbeat energy of her stripes, lines, circular forms, and rays. The careful balance of harmony and dissonance in her work, combined with her Technicolor palette, are evident of the strong influence by such 20th century masters as Tarsila do Amaral, Oswald de Andrade, Matisse, Kandinksy and Delaunay. Milhazes has stated “I need to have all these elements and put them together. They are in some sort of a conflict that will never really end up anywhere. There are not peaceful surfaces. There should be some struggle on the surface and then create some activities for your eyes” (Interview with Beatriz Milhazes, RES Art World/World Art, No. 2 May 2008). As the Fondation Cartier further explains, Milhazes’ “use of intensely vibrant colors, such as fuchsia, gold or orange, endows her canvases with an explosive energy that many have compared to the breathtaking rhythm of fireworks.”