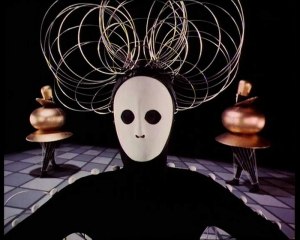 The Whitney Museum of American Art presents Dreamlands: Immersive Cinema and Art, 1905–2016, a landmark exhibition that focuses on the ways in which technology has created new forms of immersive experience using the moving image. Artists have dismantled and reassembled the conventions of cinema—screen, projection, darkness—to create new readings of space, optical form, and time. The exhibition will fill the Museum’s 18,000-square-foot Neil Bluhm Family Galleries on the fifth floor, as well as the adjacent Kaufman Gallery, and will include a substantial film program in the Susan and John Hess Family Theater, and a series of expanded cinema events organized by Microscope Gallery in Bushwick, Brooklyn, in collaboration with the Whitney.

Excerpts from The Cyborg and the Sensorium by Chrissie Iles, Curator for Dreamlands

We are living in a moment that the science-fiction writer William Gibson predictively described as a “consensual hallucination,” 1 in which the world has been more radically transformed by tech – nology than at any other moment in history. Our environment has become an all-surrounding, all-surveilled sensorium in which cyberspace determines the contours of everything, from military strategy and economics to politics, architecture, social and intimate relationships, entertainment, the body, and visual perception. In this new reality, different, pluralistic models of visuality have dismantled the fiction of linear perspective, profoundly altering the ways in which space is constructed, controlled, and experi – enced. As Hito Steyerl has argued, the global redistribution of perspective onto a vertical, aerial axis of surveillance and control has created a “disembodied . . . post-humanized gaze, outsourced to machines and other objects,”  whose vertiginous destabilizing of space is presenting new pos – sibilities for artists and filmmakers, as predominant forms of image making transition from phys – iological to virtual optics. Dreamlands: Immersive Cinema and Art, 1905–2016 brings together a group of artists and filmmakers whose work articulates this profound shift, through a broad engagement with cinematic space. This is not a show about cinema. Rather, it takes cinema’s role as a discursive site of visual perception as a point of entry, to explore the impact of the transition from the spatial to what Jens Schr öter has termed the transplanar image. 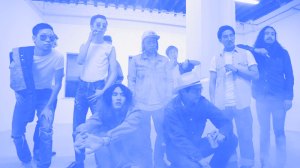 Korakrit Arunanondchai (b. 1986), still from Painting with History in a Room Filled with Men With Funny Names 1, 2013. Video, color, sound; 12:04 min. Collection of the artist