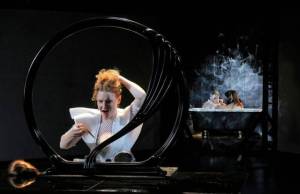 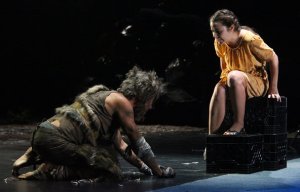 PROTOTYPE: Opera/Theatre/Now launched in January 2013, unleashing a powerful wave of opera- and music-theatre from a new generation of composers and librettists. Across its first four seasons, PROTOTYPE produced and presented a total of 130 performances of 23 presentations, shared the work of more than 400 local, national, and international artists, exposed visionary work to more than 15,000 people, and filled 22 stages across multiple boroughs of New York City. Now in its fifth season, Prototype, as Opera News proclaimed, “has become a major leader in opera theatre for the twenty-first century.”

Founded, produced, and directed by Kristin Marting (of HERE), Beth Morrison (of Beth Morrison Projects), and Kim Whitener (of HERE), PROTOTYPE supports and spotlights a diverse range of culturally and socially engaged work from intrepid creators across ethnicity and gender. Half of PROTOTYPE’s lead artists to date have been women, and the Festival has presented work from Belgian, Chinese, Dutch, Egyptian-American, Indian-American, Irish, Kazakh, Korean-American, Lithuanian, Mexican, Russian, and Slovenian lead artists. 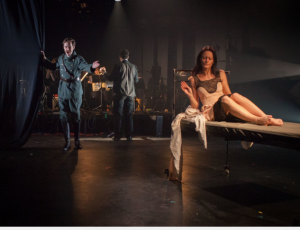 Mata Hari is a world premiere hybrid opera-theatre piece inspired by the legendary and controversial female mystic dancer Mata Hari, who was executed for espionage during World War One.  Mata Hari is an operatic exploration of a woman who finds herself ostracized, made a scapegoat, and executed by a moral society dominated by men. This original work pushes the operatic form through the use of physical theater, unconventional instrumentation, historical texts, and highly manipulated video design. 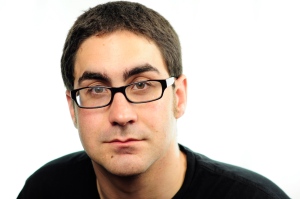 Matt Marks
The Mata Hari project intrigued me for three reasons: This is an opportunity for me to work with a stage director and see my work realized visually in time and space; I love creating musical portraits of characters whose personalities are rich, multi-faceted, and deceptive; and I love working with historic text as a basis for creating my music. The music I make tends not to live in one genre for very long, often shifting styles multiple times over the span of a few phrases, so I felt the mercurial quality of Mata Hari’s personality would be well-suited for my musical portrait of her and her relationships. However, despite the fact that the height of Mata Hari’s drama occurred at the end of her life, in the 1910s, my aim is not to explicitly recreate the music of the era, captivating though it may be. The core instrumental ensemble consists of a pianist, a guitarist/banjoist, violinist and accordionist, which is certainly reminiscent of a Parisian café band from the time, but the music they play is as much from our time as it is from the 1910s, as well as the 1800s. Mata Hari is a complex character whose personality, ranging between class and crass, we aim to portray in as much of a visceral manner as possible. My music serves to load the pistol, so to speak, in whichever style it may take to do so.
Paul Peers 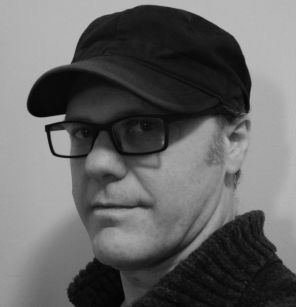 Mata Hari is the most challenging project that I have undertaken to date. Not only is this my debut as a librettist, the project also integrates physical theatre, 6 singers, 4 instrumentalists, an actor,and interactive video art. After eight years of working in regional opera I am at a point in my career where I am ready to develop my own opera aesthetic and tell stories outside the standard operatic repertoire. This project presents a chance for me to leave mainstream opera and collaborate with a living composer for the first time. I find Matt Marks’ music compelling, because his compositions draw from multiple genres of music juxtaposed with non-fictional sources of text. His music evokes the elusive nature of Mata Hari where fact and fiction are sometimes difficult to discern. Mata Hari’s name is synonymous with the modern archetype of the “Femme Fatale”. As a librettist I find this archetype fascinating, because it engages the darker side of women’s nature. The challenge will be to create a text that illuminates the humanity behind the icon of Mata Hari. As a director I am attracted to this project because of the innovative approach to push the boundaries of the operatic form. To develop new audiences opera needs to evolve with current artistic trends particularly with integrating various technologies into the form. Live video effects layered into the narrative will express a non-linear recalling of Mata Hari’s memories, hopes and fears. My vision integrates the combining of stylized movement, imagery and live music into the stage action to convey a psychological reality that encompasses both the fictional and factual aspects of Mata Hari’s story.