Lois Weber was the leading female director-screenwriter in early Hollywood. She began her career alongside her husband, Phillips Smalley, after the two had worked together in the theatre. They began working in motion pictures around 1907, often billed under the collective title “The Smalleys.” In their early years at studios like Gaumont and Reliance, they acted alongside one another on-screen and co-directed scripts written by Weber. Indeed, their status as a married, middle-class couple was often used to enhance their reputation for highbrow, quality pictures. In 1912, they were placed in charge of the Rex brand at the Universal Film Manufacturing Company, where they produced one or two one-reel films each week with a stock company of actors, quickly turning the brand into one of the studio’s most sophisticated. The couple increasingly turned their attention to multi-reel films, completing a four-reel production of The Merchant of Venice in 1914, the first American feature directed by a woman. Later that year they moved from Universal to Hobart Bosworth Productions where they were given more freedom to make feature-length films, among them Hypocrites (1915).

Weber was routinely mentioned alongside that of D. W. Griffith and Cecil B. DeMille as one of the top talents in Hollywood. In 1916, she was the first and only woman elected to the Motion Picture Directors Association, a solitary honor she would retain for decades. While at Universal it is also likely that she helped to foster the careers of other actresses employed at the studio, many of whom she had directed, including Cleo Madison, Lule Warrenton, and Dorothy Davenport Reid, who would become directors or producers in their own right.

Weber’s prominence was solidified in 1917 when she left Universal to form her own company, Lois Weber Productions, setting up shop on the grounds of a former residential estate in Los Angeles, where she erected a 12,000-square-foot outdoor shooting stage and converted the original home into the company’s administrative offices. Weber negotiated extremely lucrative distribution contracts with Universal, making her, for a time, the highest paid director in Hollywood according toPhotoplay (York 87). 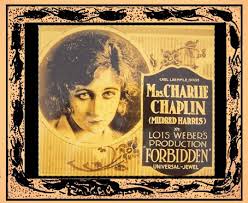 At her own production company, Weber began to move away from what she called the “heavy dinners” she had produced at Universal, side-stepping the censorship troubles she had endured in favor of more intimate productions focused on marriage and domesticity, concentrating her creative energies more than ever on the lives and experiences of women in films such as What Do Men Want? (1921), Too Wise Wives (1921), and The Blot (1921). In an attempt to transcend the factory-like mass production techniques employed at the major studios, Weber also experimented with different working methods, shooting on location as much as possible and often in narrative sequence (Weber 1917, 417).

For over 30 years, Joe Yranski was the Senior Film and Video Historian for the New York Public Library, first at Donnell Media Center, and then at the Performing Arts Library at Lincoln Center. Involved in film restoration work at the NYPL, the Library of Congress, the Academy of Motion Pictures Arts and Sciences, the Mary Pickford Foundation, and Warner Bros. he has contributed to over a dozen books about various aspects of film history, and ten documentaries about the movies and their makers. He has lectured at the Jummel Mansion, Goethe Institute, and Wexner Center: Ohio State University, Casino at Catalina Island, and Weston Woods Institute on topics ranging from the careers of film directors, the impact of specific films, and contemporary children’s films. In addition to being on the Executive Boards of: Syracuse Society of Cinephiles, Cinecon, The New York Film & Video Council, and the Theatre Library Association.

Mr. Yranski has avidly worked to rescue the films of silent film star Colleen Moore and through his efforts a number of her “lost films” LITTLE ORPHANT ANNIE, SO LONG LETTY, HER WILD OAT, SYNTHETIC SIN, and WHY BE GOOD?, were located, preserved, and made available for audiences of the 21th Century. He has diligently worked to resurrect the screen reputation of Buster Keaton’s sisters-in-law the Talmadge Sisters with DVDs through Kino International of two Norma Talmadge, and two Constance Talmadge films

A true lover of the art of the silent cinema, he continues to see that those films survive, and become known to and appeal to new audience. 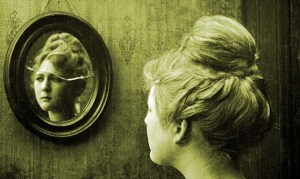