November 6, 2017 marks 100 years that women in NYS had the right to vote and participate in our democratic process. There are a number of exhibitions and programs celebrating the important milestone. 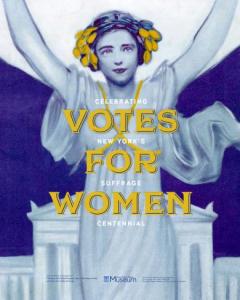 The New York State Education Department and the Office of Cultural Education will present a large-scale exhibi­tion and companion catalog titled,Votes for Women: Celebrating New York’s Suffrage Centennial, at the New York State Museum between November 4, 2017 and May 13, 2018.

Here are some of the exciting artifacts and images to be included in the Votes for Women: Celebrating New York’s Suffrage Centennial exhibition. 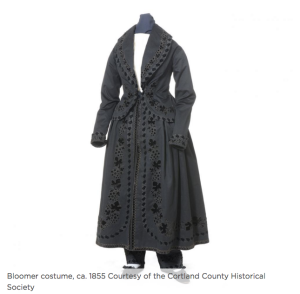 GIVE US THE VOTE — Exhibition by ARTS WESTCHESTER

In October, Arts Westchester opened an exhibition inspired by the upcoming centennial. “Give Us the Vote gives us a chance to take a step back and understand what the current state of voting is in America. It exposes areas of improvement within the political system, while also raising awareness,” said Janet Langsam, CEO of ArtsWestchester. “The exhibit will address many of the enduring barriers to the ballot including gerrymandering, stringent voter registration requirements, limits on early voting and revisions to the Voting Rights Act. The talented artists in Give Us the Vote are able to express their views – some very personal – on the topic.” ArtsWestchester is located at 31 Mamaroneck Avenue in White Plains, N.Y. The exhibition will be on view through January 27. 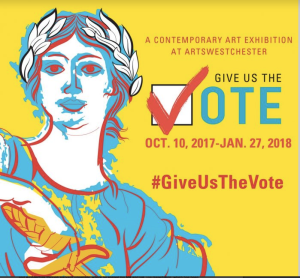 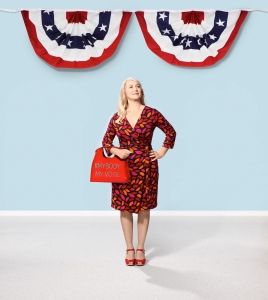