PROTOTYPE: Opera/Theatre/Now invigorates New York City January 7- 20, 2018, with the sixth annual showcase of progressive opera- and music theatre, curated by co-founding directors Kristin Marting (of HERE), Beth Morrison (of Beth Morrison Projects) and Kim Whitener (of HERE), along with newly appointed co-director Jecca Barry (of Beth Morrison Projects). Since its launch in 2013, the Prototype Festival has presented a phenomenal 32 new works across five seasons, propelling the industry forward as a first rate presenter and influencer.

Performances open January 9 with Michael Gordon and Deborah Artman’s Acquanetta, a “fascinating experience of modern psychological theater” (Super Sontagg) that observes the way the cinema has shaped racial/gender stereotypes and has created public/private identities. The piece is inspired by Mildred Davenport, the African-American star of the 1943 cult classic horror flick “Captive Wild Woman,” who was reinvented by Universal Studios as the “Venezualan Volcano.” This chamber version, commissioned by Beth Morrison Projects is produced in association with Bang on a Can and Trinity Church Wall Street and co-presented with Gelsey Kirkland Arts Center. It is the first production of the piece since the 2005 original in Germany. (@ Gelsey Kirkland Arts Center)

The Echo Drift, an operatic collaboration between Mikael Karlsson, Elle Kunnos de Voss, and Kathryn Walat, centers on a convicted murderer trapped in a timeless prison. This world premiere production switches between the confines of a tiny cell and an expansive visual world of hand drawn animation, exploring the psychology of a woman struggling to overcome her nature and the freewheeling tendencies of the mind when robbed of external stimuli. The Echo Drift was commissioned, developed and produced by Beth Morrison Projects, HERE, and American Opera Projects and is co-presented with Baruch Performing Arts Center. (@ Baruch Performing Arts Center) 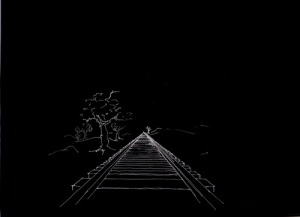 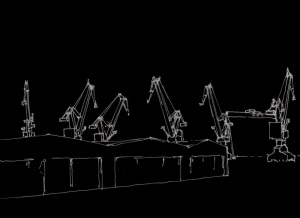 Two international presentations make US debuts on the 2018 Festival. IYOV, from the Ukranian team Vladyslav Troitskyi, Roman Gryhoriv and Illia Razumeiko, retells the Biblical story of Job in a synthesis of ancient Greek drama, baroque opera, oratorio, Requiem, and the techniques of postmodern theater. Featuring polyphonic choral episodes and a prepared piano, the piece accesses the full range of the human voice to illustrate the character’s search for life’s meaning (@ HERE’s Mainstage Theatre). As a source of inspiration for their intimate musical production Secrets, the Netherlands-based soprano Claron McFadden and Massot-Florizoone-Horbaczewski jazz trio crowd-sourced anonymous stories from the general public. The result is a musical and visual mosaic in which Claron McFadden, singing, whispering and laughing, merges sorrowful, mischievous and cynical passages into one another. Secrets is produced by Muziektheater Transparant and Aventura Musica. It is co-produced by JazzLab Series and Operadagen Rotterdam and co-presented with National Sawdust. (@ National Sawdust)

Black Inscription, from Carla Kihlstedt, Matthias Bossi and Jeremy Flower, is a multimedia song cycle that follows a deep sea diver on her Odyssean journey. Written with guidance from experts at the Woods Hole Oceanographic Institute and brought to life by a seven-piece band fronted by three singers, the immersive world premiere is a symbolic, scientific, and emotional plunge into the ocean where wonder, discovery, and reckoning entwine. (@ HERE’s Dorothy B. Williams Theatre)

The Festival’s work-in-progress this season is Stranger Love from Dylan Mattingly and Thomas Bartscherer, commissioned and performed by the chamber music ensemble Contemporaneous. The three-act work, inspired by the writings of Plato and Octavio Paz, follows two lovers whose romance then broadens beyond the individual to offer an archetypal picture of human love (Act 2), and finally reaches an astral envisioning of the divine, a love supreme (Act 3). Only Act 1 will be presented in PROTOTYPE. The concert is co-presented with Roulette. (@ Roulette)

PROTOTYPE 2018 presents the second iteration of Out of Bounds, a series of short, free performances of new works in public spaces. Out of Bounds 2018, organized by associate producer Raul Zbengheci, features works created in response to the proliferation of public non-places: airports, railway stations, superstores, motorways, international hotel chains, etc. All performances will take place in New York public sites and will be free and open to the public. For further information on 2018 Festival programming visit prototypefestival.org. Tickets go on sale to VIP Members after Labor Day and to the general public on September 18, 2017.

“New York’s most dependably interesting source of new music theater…This vibrant festival becomes more central to the future of opera with every passing year.” — The New York Times PROTOTYPE: Opera/Theatre/Now launched in January 2013, unleashing a powerful wave of opera- and music-theatre from a new generation of composers and librettists. Across its first five seasons, PROTOTYPE produced and presented a total of 160 performances of 32 presentations, and shared the work of more than 500 local, national, and international artists. Now in its sixth season, PROTOTYPE, as Opera News proclaimed, “has become a major leader in opera theatre for the twenty-first century.” Founded by Kristin Marting (of HERE), Beth Morrison (of Beth Morrison Projects), and Kim Whitener (of HERE), and now produced and directed by them along with new co-director Jecca Barry, PROTOTYPE supports and spotlights a diverse range of culturally and socially engaged work from intrepid creators across ethnicity and gender. Half of PROTOTYPE’s lead artists to date have been women, and the Festival has presented work from Belgian, Chinese, Dutch, Egyptian-American, Indian-American, Irish, Kazakh, KoreanAmerican, Lithuanian, Mexican, Russian, and Slovenian lead artists.