The Winter Antiques Show is the leading art, antiques, and design fair in America, featuring 70 of the world’s top experts in the fine and decorative arts.

Held at the historic Park Avenue Armory in New York City, the Show highlights a dynamic mix of works dating from ancient times through the present day, and maintains the highest standards of quality in the art market. Each object at the fair is vetted for authenticity, date, and condition by a committee of 150 experts from the United States and Europe.

The Winter Antiques Show is an annual benefit for East Side House Settlement, a community-based organization serving the Bronx and Northern Manhattan. East Side House’s programs focus on education and technology as gateways out of poverty and as the keys to economic opportunity. The show begins January 19th.

Collecting for the Commonwealth/Preserving for the Nation: Celebrating a Century  of Art Patronage, 1919-2018 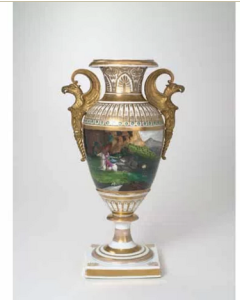 The Winter Antiques Show’s 2018 loan exhibition celebrates a century of art patronage at the Virginia Museum of Fine Arts in Richmond, Virginia (VMFA). The VMFA is renowned for American fine and decorative art, including the transformative gift of the James W. and Frances Gibson McGlothlin Collection; the best Art Nouveau and Art Deco outside of Paris; French Impressionist, modern and contemporary works from the collections of Paul Mellon and Sydney and Frances Lewis; the Lillian Thomas Pratt bequest of five Fabergé Imperial Eggs and over 400 additional Russian objects; and the recently acquired Rachel Lambert Mellon Collection of Jean Schlumberger, comprising over 140 pieces designed by the iconic artist-jeweler who boasted a private salon at Tiffany & Co.

Highlights Collecting for the Commonwealth/Preserving for the Nation: Virginia Museum of Fine Arts (VMFA) include objects made by Tiffany, Lalique, Jean Schlumberger, Paul Storr, and Fabergé as well as paintings by Robert Henri, George Stubbs, John Singer Sargent, Berthe Morisot, Willem de Kooning, Eastman Johnson, Childe Hassam, Max Pechstein, Vincent van Gogh, and Beaufort Delaney. The VMFA’s four dozen works will be exhibited at the entrance to the Show floor in a pavilion designed by Jeff Daly (who was senior designer at the Metropolitan Museum of Art under Philippe de Montebello). 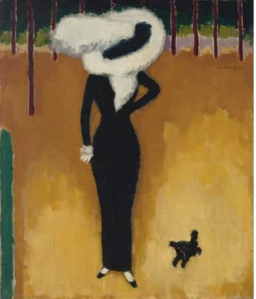