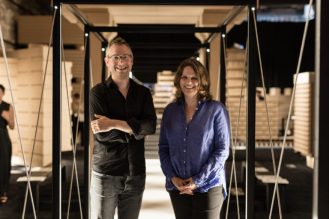 Luxembourg: The Architecture of the Common Ground

Luxembourg’s exhibition looks at how, in a city where 92 per cent of land is privately owned, architecture can be more generous.

Through a series of large models, it shows unrealized visions for buildings that are raised off the ground on stilts, creating public space below. 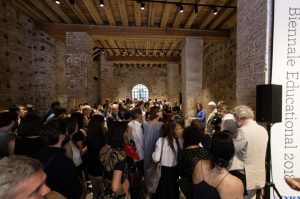 “The Architecture of the Common Ground” The way we deal with land has a decisive influence on architecture and urban planning. In the past decade, the privatization of land and speculation with especially municipal land have risen dramatically. Many European cities that are, like Luxembourg, under high developmental pressure have practically no more of their own land available for construction.

Although this problem is primarily a challenge for politics, many architects are also addressing it from a design point of view. The exhibition “The Architecture of the Common Ground” of the Luxembourg Pavilion is engaging with the most radical of these approaches – elevated buildings that allow the land to remain open, both physically and symbolically. Various projects from the history of ideas enter into dialogue with contemporary experiments that share the aspiration of making the land accessible to public uses. In doing so, they are resisting an alleged logic that has led to an almost universal privatization of land in cities, creating isolated enclaves and reducing the public sphere. Freespace, the theme for this year’s Biennale Architettura, has been transformed into Freeland. The social and political dimension of architecture is linked to its creative power.

“The Architecture of the Common Ground” puts forward a clear statement that does not mean to deliver universal answers but to show to what extent architects may conceptually react to the privatization of land. The exhibition is not a plea for a thoroughly elevated city, but an appeal to understand the finite and indispensable land as an inalienable common good, like air and water. Only then will we be in a position to further develop our cities in socially and environmentally sustainable ways.