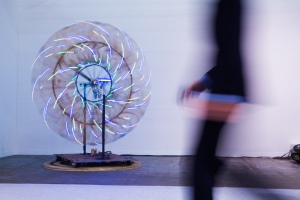 The Armory Show’s 2019 edition will present 194 galleries from 33 countries, bringing together an unparalleled presentation of international galleries in central Manhattan. Staged at Piers 92 & 94, the upcoming fair will feature a diverse breadth of compelling artworks—from new discoveries to historical masterpieces. The Armory Show, supported by Lead Partner Athena Art Finance, will open to the public March 7–10, 2019 with the VIP Preview Day on Wednesday, March 6.

“We are thrilled to celebrate this milestone anniversary with so many exemplary galleries returning to the fair, and an exciting and diverse selection of first-time exhibitors that reflect our increasingly international reach,” says Nicole Berry, Executive Director. “The Armory Show’s origins at the Gramercy Park Hotel are a beloved and important part of New York City’s cultural heritage, and the fair has since become a nexus for the international art world. As we continue to evolve—engaging more deeply with curators, special artist projects, and thought-provoking programs—we strive to honor the fair’s legacy and look towards its future as New York’s preeminent art fair.” 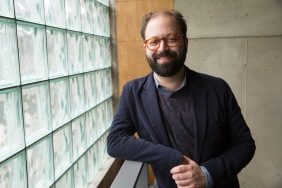 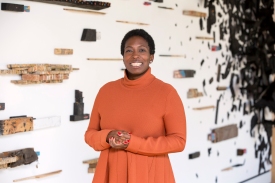 The Armory Show announced today that Sally Tallant, Lauren Haynes, and Dan Byers have been selected to curate The Armory Show’s 2019 edition, marking the fair’s 25th Anniversary Year since its founding in 1994. The Armory Show will open with a VIP Preview Day on Wednesday, March 6; the fair will be open to the public March 7–10, 2019.

“We are thrilled to be working with these internationally renowned curators on the occasion of our 25th Anniversary Year,” says Nicole Berry. “The gallerists who founded the fair had a strong and important vision to present new voices in the arts. Capturing the spirit of the fair’s early days, while also looking toward the future, we have selected three curators who will bring new energy and perspectives to the 2019 edition. Engaging Sally, Lauren, and Dan reflect the core of our mission, to provide discoveries, intellectual rigor, and thoughtfulness to the fair experience. This is possible through our deep relationships with international curators and institutions, which continue to make The Armory Show New York’s premier destination for top galleries, artists, and collectors alike.”

Sally Tallant, Director of Liverpool Biennial, will oversee ambitious projects for the Platform section, devoted to large-scale installations and performances that respond to and activate the fair’s industrial venue. Introduced in 2017, Platform was previously curated by Eric Shiner, Artistic Director, White Cube (2017), and Jen Mergel, Independent Curator (2018). In its third edition, Tallant will take the 1939 New York World’s Fair as a point of departure, bringing together an international selection of artists who offer hope, respite, and resilience in the face of rising global political uncertainty.

Lauren Haynes, Curator of Contemporary Art, Crystal Bridges Museum of American Art, will curate the Focus section, devoted to solo- and dual-artist presentations by relevant and compelling artists. In 2016, Focus evolved beyond the geographical emphasis of its past seven editions, creating more opportunities for galleries to exhibit at The Armory Show at a subsidized rate. Since 2016, the Focus section has increased in number of participating galleries by 50%, and continues to be both a critical and commercial highlight of the fair. Recent past iterations of Focus have been curated by Jarrett Gregory, Curator, Hirshhorn Museum and Sculpture Garden (2016), and Gabriel Ritter, Curator and Head of ContemporaryArt, Minneapolis Institute of Art (2017). The theme of the upcoming Focus section will be revealed in the coming months.

Dan Byers, John R. and Barbara Robinson Family Director, Carpenter Center for the Visual Arts, Harvard University, will chair the second edition of the Curatorial Leadership Summit, which convenes an international roster of curators for a daylong, closed-door symposium that addresses urgent issues in the curatorial space. Last year’s inaugural edition, chaired by Naomi Beckwith, Senior Curator, Museum of Contemporary Art Chicago, assembled over 75 curators for a daylong program aimed to address and challenge ideas of cultural appropriation, censorship, and representation. The theme of this upcoming Curatorial Leadership Summit will be revealed in the coming months.