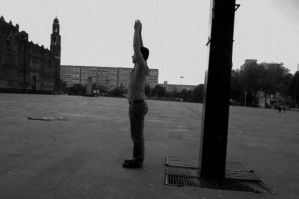 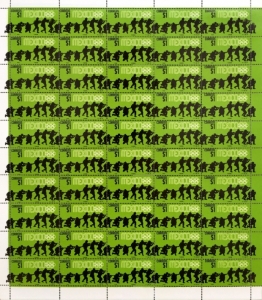 Humberto Márquez is an artist who is little known within the history of Mexican art of the second half of the twentieth century. From the 1950s when he started his career in through 1968, Márquez produced varied bodies of work that resonated with the creative experimentation that was taking place in the artistic sphere, both locally and internationally, during that time. The artist dabbled, for example, in non-figurative painting and sculpture, Mail Art, Visual Poetry and Op Art, and made works that could be characterized as Pop (like Canadá Márquez, 1964 – a replica of a shoebox for the Mexican brand, CANADÁ, made the same year that Warhol presented his Brillo Box {Soap Pads}). With the military training from to his previous stint in the Mexican armed forces, Márquez came to find in art a vehicle for challenging and problematizing the authoritarian tendencies related to his education there. Using abstraction, he blurred the forms of military weapons, and through Mail Art, he aspired to an internationalism that fractured the cult of nationalism and the idea of patriotism. 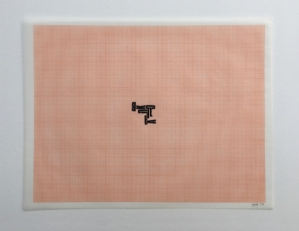 This tendency grew stronger after 1968, when Márquez’s work experienced a blunt political shift. Many of the works produced during this year were literal in their condemnation of the violence and authoritarianism exerted by the Mexican government during this time. In terms of his production, the solutions of his pieces also changed. The artist began to use recurring strategies, like the appropriation of existing images (à la the Situationist détournement, or hijacking); the staging of actions, performances and happenings; and the utilization of then modern audiovisual technologies, such as 8 mm films. In this way, his work was situated in line with the production of a newly emerging group of artists that during those years began to implement strategies related to Conceptualism, including political graphic work designed by students and activists to protest the administration of President Gustavo Díaz Ordaz. A prime example is Márquez’s series of postal stamps, which were used in the dissemination of his mail art, and which appropriated Lance Wyman’s now classic design campaign for Mexico City’s hosting of the 1968 Olympic Games, replacing the silhouettes of athletes for those of army soldiers. 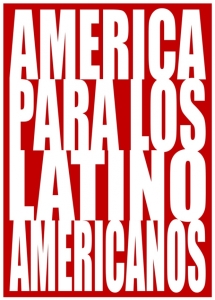 However, during this year, Márquez returned to painting as he tested new methods for his artistic production. The series, Balance and Contrast, was made in 1968 and maintained the same critical stance of his previous actions, like Configuraciones corporales (Body Configurations, 1968) In this work, captured in black and white photographs, the artist assumes arresting poses and accommodates his body, with an appearance of inertia, to the architectonic profiles of the buildings and design of the Plaza de las Tres Culturas (Plaza of the Three Cultures), where state police violently, and fatally, crushed a student protest on October 2, 1968. This performance and its documentation stand alongside Valie EXPORT’s Körperkonfigurationen (Body Configurations, 1972-1982) through the artists’ use of their bodies as they simultaneously demonstrate vulnerability and physically confront the shape of violence and conformist culture. In a similar vein to Márquez’s stamps, in the paintings of Balance & Contrast, the artist situates visual registers of state-sponsored violence vis a vis the spectacle of the Olympic Games, which was, in large part, taken advantage of by the government to hide its violent authoritarianism. Painted on linen, these pieces recall the form of television screens from that era as they juxtapose scenes of the televised Games in color with police records filmed in black and white. The resulting paintings evoke the signal problems in the transmission of images, which were typical of the technology of that time, as well as the work of Gerhard Richter. As was the case with the paintings the German artist was making at that moment, Márquez’s works problematized the strict limits between figuration and abstraction and the ideological debates about painting during the Cold War, which were at a high in Mexico and the rest of Latin America.

In this more regional context, Márquez’s work after 1968 began to situate itself in line with the critical posture of art made in Latin America (and other places from the so-called “Third World”) that examined new forms and methods of colonization. A work that synthesized this attitude is América para los latinoamericanos (America for the Latin Americans, 1971), a lithograph that responds to the content and subsequent military actions taken in support of the Monroe Doctrine. A reversal of this new logic of domination is seen in the sculpture, Sincretismo de Resistencia (Syncretism of Resistance, 1968), in which Márquez stacks crates of Coca-Cola bottles made from Oaxacan black clay, thereby staging a commentary on the appropriation and transfiguration of dominant cultural forms through local means: a resistance to easy assimilation. This attitude of resistance is radicalized in Verdad histórica (Historical Truth), a work from 1970. For this piece, Márquez broke one of these bottles (serving as a representation of the new systems of domination), converting it into a sharp weapon that could be wielded in a fight. The color of the clay, furthermore, contributes to its disturbing appearance.

This first exhibition of the work of Humberto Márquez outside of Mexico brings together various pieces that represent a decisive moment in the evolution of his practice and his critical commitment to the distinct issues of that age. The pieces reunited here display the artist’s understanding of the contemporary art made during those years, both nationally and internationally, and the manner in which he was able to encourage dialogue: not only with avant-garde artistic practices, but also with new forms of social activism.